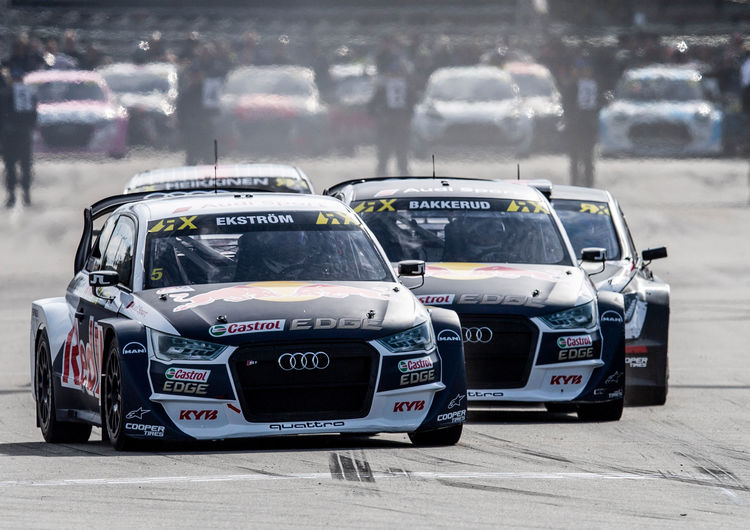 EKS Audi Sport is also on course for a podium finish in Latvia: as was the case two weeks ago in France, Mattias Ekström is currently second overall in the Audi S1 EKS RX quattro after day one of the FIA World Rallycross Championship (World RX). “I was third overall in first qualifying in my start group after taking a win, in the second race I was second,” reported the 2016 Rallycross World Champion. “On Sunday I aim to beat the competition. Before the final two qualifying session we have to work a little on the balance because the track here in Riga is very special.” His team mate Andreas Bakkerud will start the second day fourth overall. DTM driver Nico Müller, who drives for the first time this season a third Audi Supercar in Riga, enjoyed a solid opening qualifying session to take seventh before being involved in two collisions in the opening stages of the second race and thus dropped down to 14th overall. “The two clashes were a little frustrating because we had made a good step forward between first and second qualifying,” commented the Swiss driver.