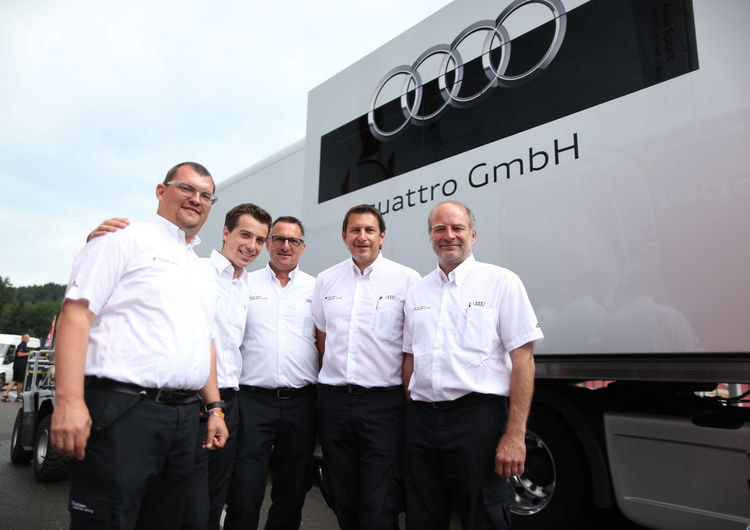 Rarely before did the Audi Sport customer racing staff have to perform so many tasks as at the Spa 24 Hours. Apart from the sheer number of race cars, the task list was also increasingly complex. In addition to the six previous generation R8 LMS ultra cars, four new Audi R8 LMS cars had to be cared for as well. A total of 10 GT3 race cars run by five teams were looked after by 14 employees of Audi Sport customer racing in the areas of parts logistics and customer racing consultancy. Three semitrailers were loaded with 5,000 different parts in the respective quantities. Each truck transported around tens tons of spare parts – from screws to bodywork. In addition, mechanics, engineers and other staff were on site. The employees in charge of customer relations also welcomed clients from Asia and Australia at Spa, including race drivers Steven McLaughlan and Marc Cini.