Hans-Joachim Stuck ‘back to the roots’ 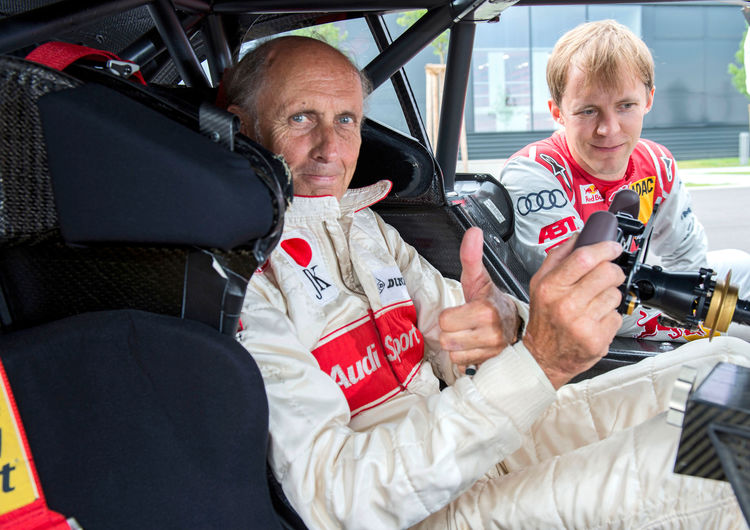 Hans-Joachim Stuck in the cockpit of the Audi RS 5 DTM, Mattias Ekström

The 1990 champion is returning to the race track: Hans-Joachim Stuck will be driving the race taxi for Audi during the seventh DTM race weekend at Oschersleben. And it won’t be just any taxi, but the RS 5 DTM sporting the retro design in which Mattias Ekström contested the races at the Norisring in late June. The 25th anniversary of Audi’s first Norisring victory had been the occasion to inspire the change in livery. The driver at the wheel of the victorious V8 quattro in 1990: Hans-Joachim Stuck.