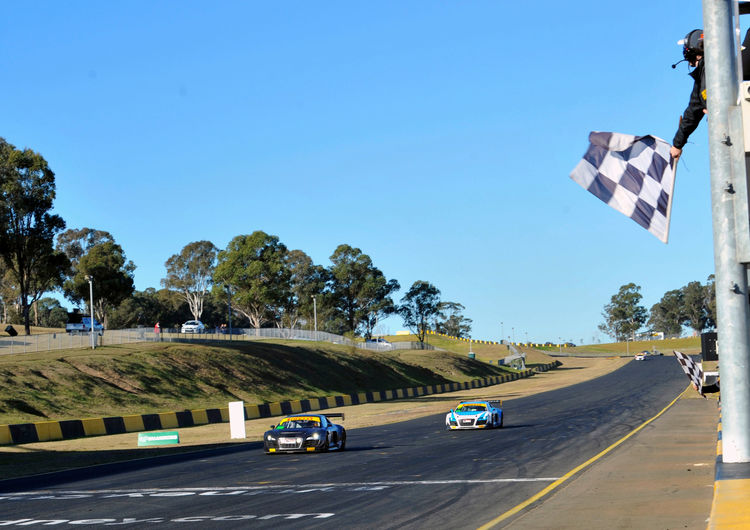 Having clinched two victories at Sydney Motorsport Park, Audi driver Greg Taylor extended his lead in the Australian GT Trophy Series. The Australian in his Audi R8 LMS had previously shown a strong performance in qualifying by securing pole position. In race one, he dominated the action, seeing the checkered flag with a near-13-second advantage. In race two, Taylor fought a nail-biting duel with his Audi brand colleague Rob Smith. In the end, Taylor brought home victory with a half-second-advantage to celebrate his fifth win in the sixth race of the season.