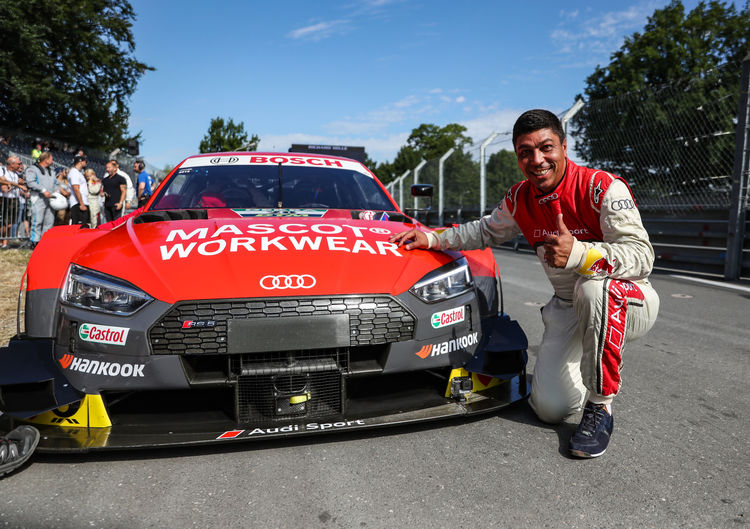 Former football star of Audi’s partner club FC Bayern München Giovane Élber experienced a DTM event at close range for the first time at the Norisring. The Brazilian’s visit to the season’s highlight of the hard-fought touring car racing series began with a special thrill: as a passenger in the Audi RS 5 DTM race taxi, the 46-year-old got to enjoy some fast laps on the 2.3-kilometer city street circuit. Subsequently, the Champions League winner demonstrated his football skills in a goal wall shooting duel against two-time DTM Champion Mattias Ekström and in the afternoon at the garage of Audi Sport Team Rosberg watched DTM leader René Rast claiming his third victory this season. Élber is a member of the Hall of Fame of the record champion from Munich and ambassador of the 2019 Audi Cup currently being promoted on Rast’s race car. At the sixth edition of the renowned football tournament, host FC Bayern expects three other international top-flight clubs – Real Madrid, Fenerbahçe Istanbul and Tottenham Hotspur – being put through their paces before the seasons of the European leagues kick off.