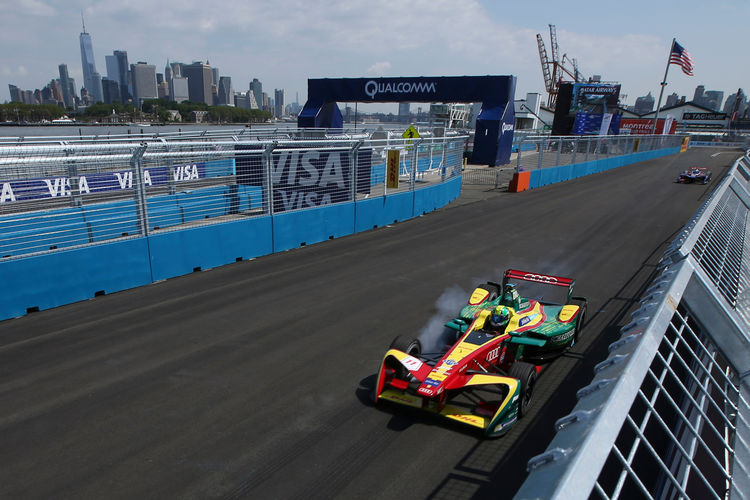 Triumph and tragedy were close bedfellows for the ABT Schaeffler Audi Sport team at the premiere for a car race in the mega metropolis New York. Lucas di Grassi started tenth, and following a spectacular comeback drive over 43 laps crossed the finish line in fourth place. Daniel Abt started from second, was first after turn one and held a certain third place only meters before the finish line as an error in the battery management system brought his car to a standstill. Abt was classified 14th. On the tight, two-kilometer track around the Brooklyn harbor district below the impressive Manhattan skyline and the Statue of Liberty, Formula E delivered its ninth round of the season in a spectacular New York premiere. The action continues already tomorrow with race ten – another chance for di Grassi to make up ground in the absence of championship leader Sébastien Buemi, who is competing in the WEC race at the Nürburgring this weekend. After clinching twelve points for fourth place in Saturday’s race, the Brazilian lies second in the drivers’ classification with 137 points, twenty behind the leader.