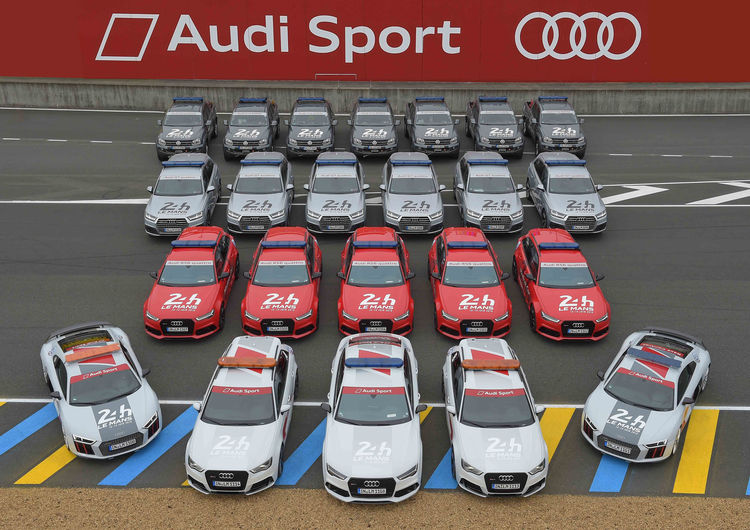 Anniversary at the 24 Hours of Le Mans: Audi supplies the security cars for the world’s most famous endurance race for the tenth time in succession. No less than 25 vehicles from the Audi RS 3 to the R8 are stationed around the 13.629-kilometer track in Le Mans, and ensure safety and rapid assistance in the sign of the four rings. In action for the first time in 2015: an Audi RS 4 for Race Control, which transports the high-voltage specialists from the relevant teams to the stricken hybrid sportscars. However, Audi does not only supply the security vehicles at Le Mans: as early as 2010, Audi expanded its involvement to cover every round of the Intercontinental Le Mans Cup (ILMC), which in 2012 became the FIA World Endurance Championship (WEC), which also includes the French classic.