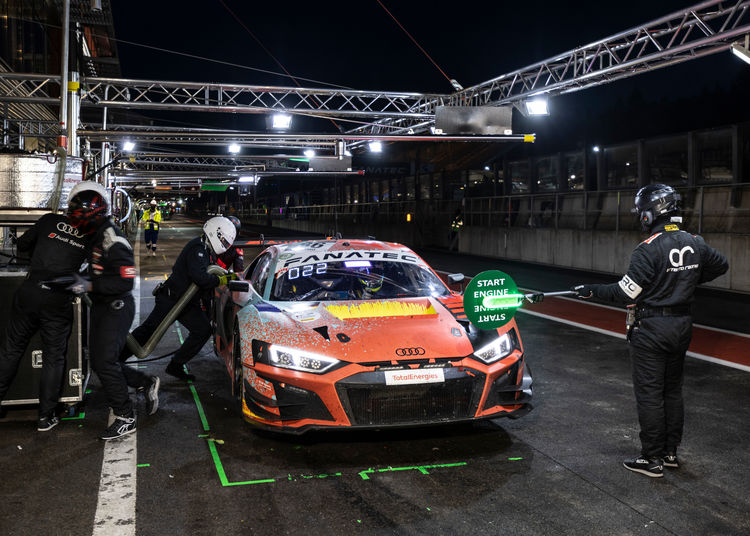 Halfway through the Spa 24 Hours, Audi Sport customer racing remains one of the favorites. As many as four Audi R8 LMS cars are among the top eight after 274 laps. Charles Weerts in Audi Sport Team WRT’s number 32 is in second place after a comeback race from grid position 54. The sister car from Audi Sport Team WRT with Nico Müller follows in eighth place. Audi Sport Team Attempto, which was in 53rd position after the second hour of racing with Mattia Drudi, Dennis Marschall and Christopher Mies, has moved up to fifth place. Audi Sport Team Saintéloc with Christopher Haase, Patric Niederhauser and Markus Winkelhock is in seventh position. Of the six brands in the top ten, Audi thus shows the best team performance. In the Silver Cup standings, another Audi R8 LMS is well placed: Ryuichiro Tomita claims third position for Team WRT.