Skip to content
We are using cookies for a better user experience.
10/18/18
Neuburg a. d. Donau
Sports 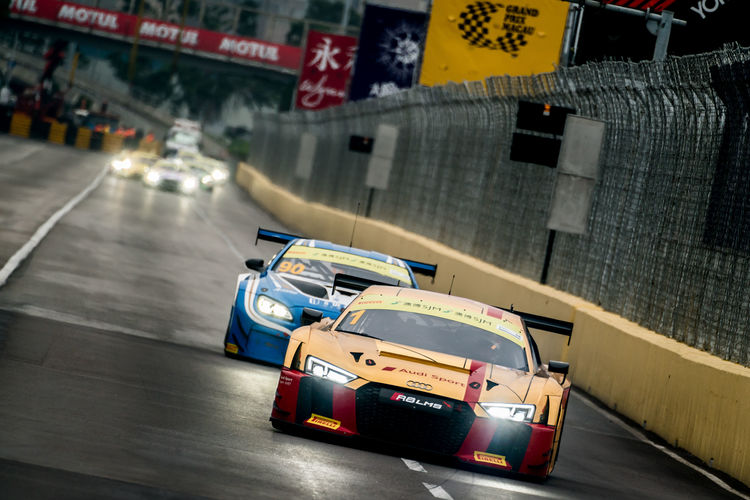 Audi Sport customer racing will be represented in the FIA GT World Cup from November 15 to 18 with four Audi R8 LMS cars. German Audi Sport driver Christopher Haase will contest the race for Audi Sport Team Rutronik. Audi Sport Team WRT Speedstar relies on Audi factory driver Robin Frijns from the Netherlands and Audi Sport driver Dries Vanthoor from Belgium. On making his impressive track debut last year with a runner-up finish, Frijns missed victory by only 0.618 seconds. Adderly Fong from Hong Kong takes on the challenge in an Audi R8 LMS of Team Zun Motorsport Crew. Audi has previously won the touring car classification of the tradition-steeped city street race with the A4 quattro in 1996 and 1999 and decided the GT class in its favor with the Audi R8 LMS on four occasions since 2011. Since 2015, the competition has had the status of the FIA GT World Cup.