Four Audi cars amongst the top ten in qualifying at Spa 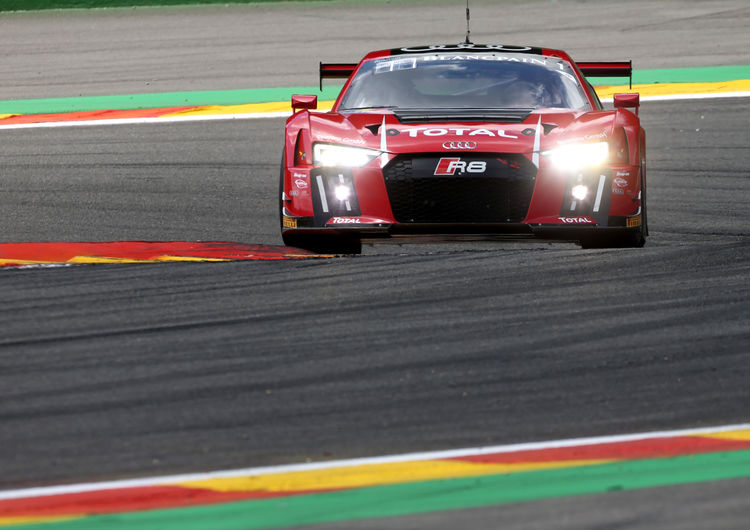 Audi Sport Team WRT and Audi Sport Team Phoenix ended the qualifying sessions of the Spa 24 Hours with all four of the new Audi R8 LMS inside of the top ten. The fastest time was set by the reigning race winner Laurens Vanthoor in the number ‘1’ WRT Audi, who set the second fastest time, a mere nine thousandths of a second behind the best time. “We were a little worried before the race weekend and now I am quite surprised,” says the twenty-four-year-old Belgian. “We are on pace with BMW. This is something that we had not expected. Qualifying is now behind us and Superpole will follow on Friday. An endurance race is different to a single fast lap set in qualifying.”

The second best Audi driver in the field was Nicki Thiim in the number ‘5’ Phoenix Audi in fourth place. Frank Stippler in WRT Audi number ‘2’ was sixth fastest, followed by André Lotterer in Phoenix Audi number ‘6’. These results ensured that the four new Audi R8 LMS were amongst the top 20 teams eligible for the single-lap qualifying session on Friday. In 24th place was the WRT Audi R8 LMS ultra number ‘3’, in 28th followed the Team Saintéloc number ‘35’ entry. ISR secured position 32, the number ‘4’ from WRT was 36th. Team Parker Racing was 45th fastest and Team Saintéloc number ‘36’ ended the qualifying session in position 57.