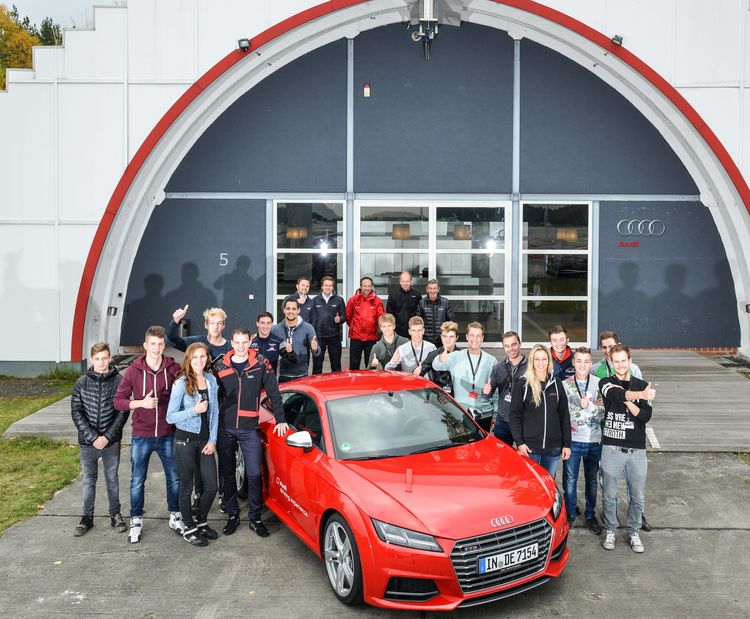 One week following the finale of the 2015 Audi Sport TT Cup at Hockenheim, preparations for the second season of the Audi one-make cup continue in full swing. A total of 20 young drivers from seven nations had been invited for an evaluation training session by the Audi Sport TT Cup team. At the testing facility of the Audi driving experience in Groß Dölln near Berlin, the drivers proved their prowess in the Audi TTS and Audi R8 Coupé. In addition, they presented themselves to the team in personal meetings. The aim of the candidates is clear: they would like to secure one of the entries for the 2016 Audi Sport TT Cup and contest races in the 310-hp Audi TT cup car next year. “We’ve again met a number of promising talents and are going to invite the best ones for the final evaluation at Vallelunga in December,” said Project Leader Rolf Michl. For the coming season, 20 instead of the previous 18 entries for permanent drivers will be offered. Applications for the 2016 Audi Sport TT Cup can still be submitted until November 15. Application form to download at www.audi-motorsport.com.