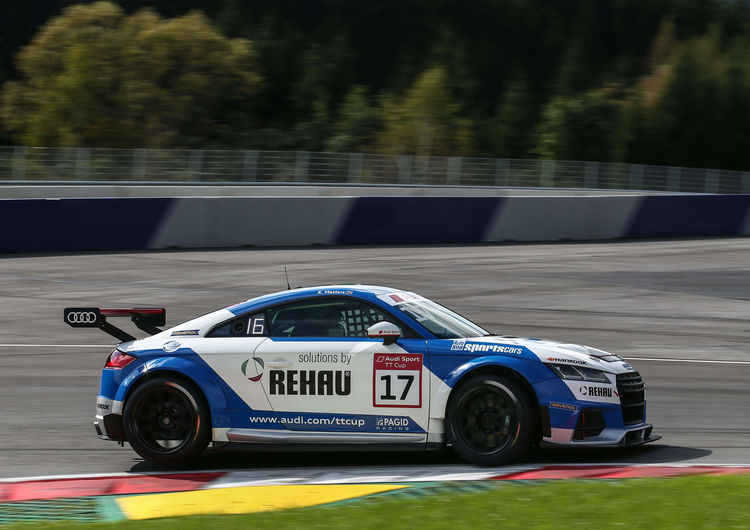 Keagan Masters delivered a champagne performance at the Red Bull Ring: the 17-year-old South African celebrated his first victory at the sixth round of the Audi Sport TT Cup. Therefore, the dominance of Philip Ellis and Mikel Azcona, who had previously shared all of the victories, has now been broken. Moreover, Masters is also the first rookie to have clinched victory in 2017. On Sunday, Masters will start the second race from pole position. Even though he could only manage second place on Saturday, Philip Ellis has cause for celebration: The Briton has taken over the lead of the table again and now has an 18-point advantage, after the former points leader Mikel Azcona had to retire. The Spaniard led the beginning of the race, before losing first place in the opening lap after an excursion into the gravel. In the fifth lap, he had to park his car in the pit lane. The Dutchman Milan Dontje completed the podium in Austria in third, standing on the rostrum for the third time this year. Max Franz crossed the finish line as the best guest driver in twelfth place. He beat his fellow ski-racer Benni Raich by four seconds.