Skip to content
We are using cookies for a better user experience.
11/22/19
Kyalami/Neuburg a. d. Donau
Sports

First row on the grid for Audi in Kyalami 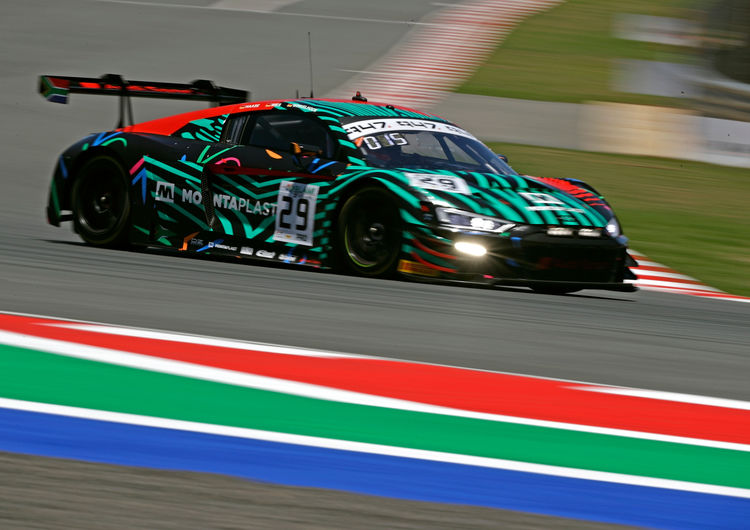 In a very exciting qualifying for round 5 of the Intercontinental GT Challenge in South Africa, Audi secured a position in the first row on the grid. Audi Sport driver Christopher Haase who shares an Audi R8 LMS with his fellow drivers Christopher Mies and Markus Winkelhock set the fastest time of the third qualifying group. Hence the number 29 Audi from Audi Sport Team Land was the ninth fastest car in the average combined times of all three drivers. Only the fastest ten cars were allowed to progress to shootout qualifying. On a drying track, Christopher Haase had an exciting battle for the lead with Porsche driver Nick Tandy in this crucial session. At the end, Haase finished second just 45 thousandths of a second behind the pole position. A second Audi R8 LMS, the number 25 car from Audi Sport Team WRT from Audi Sport drivers Kelvin van der Linde, Dries Vanthoor and Frédéric Vervisch, will start into the 9 hour race on Saturday at 1 pm local time from 15th position.