Fired up for the podium: Ekström second in Canada on Saturday 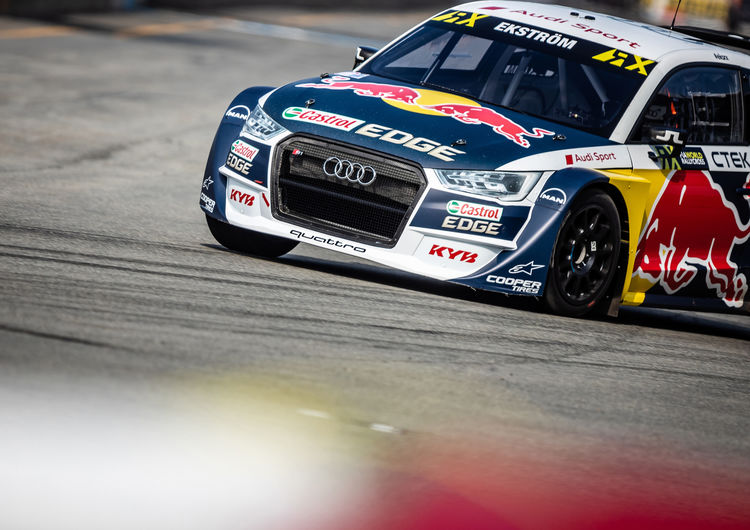 EKS Audi Sport has a good starting base at the first overseas race in the FIA World Rallycross Championship (World RX) at Trois-Rivières, Canada: After day one, Mattias Ekström in his 580-hp Audi S1 EKS RX quattro is in second place trailing Sébastien Loeb (Peugeot). The Swede had clinched two second places in both qualifying heats on Saturday. “We had a great first day. I fought a hot duel with Sébastien Loeb in race two. In some places, I was faster and in other sections, he was,” said Ekström. “Our tests since the most recent race at Höljes have paid off. Tomorrow, we might clinch a podium.” His teammate, Andreas Bakkerud, is in seventh position on Saturday night after having won in his starting group in the second round. “I had a ‘rocket start’ and attacked. Now I’m fired up for Sunday,” said the Norwegian.