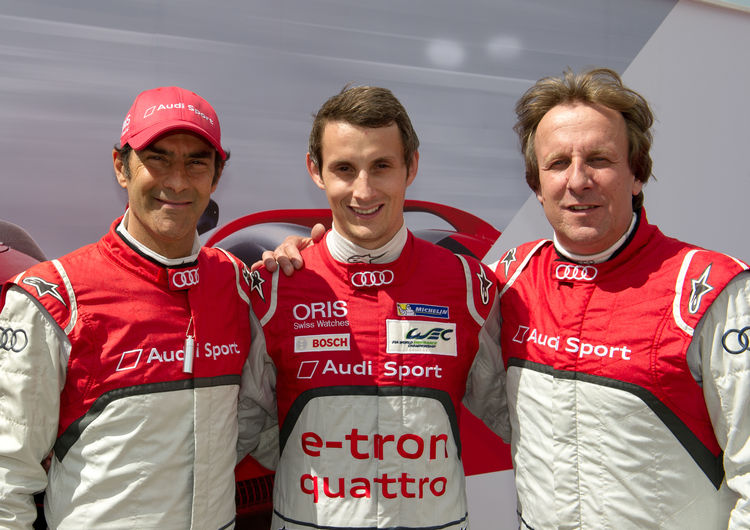 At the Goodwood Festival of Speed in the south of England, spectators experienced sheer motorsport flair. At the tradition-steeped British event, five-time Le Mans winner Frank Biela drove the Audi V8 quattro DTM in which he had won the DTM 25 years ago. Together with Audi Sport Ambassador Emanuele Pirro and Oliver Jarvis, who took third place in the Le Mans 24 Hours last weekend, he signed autographs and posed for pictures. The popular Pink Floyd drummer and car enthusiast Nick Mason drove an Auto Union Type C, the most successful model of the Auto Union Silver Arrows before World War II. DTM star Mattias Ekström’s rallycross team was represented at Goodwood as well. As Ekström was racing in the DTM at the Norisring at the same time, the Briton Andrew Jordan drove the Audi S1 EKS RX quattro.