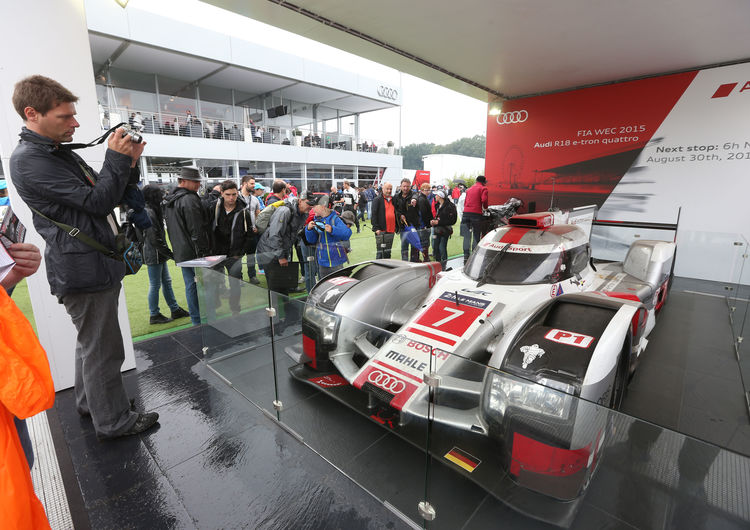 Audi brought the flair of the Le Mans 24 Hours to Germany and England. Benoît Tréluyer drove the Audi R18 e-tron quattro from Le Mans in front of a grand audience at the Goodwood Festival of Speed. His fellow drivers André Lotterer and Oliver Jarvis were sought-after guests for autographs and interviews as well. Their WEC team-mate Marcel Fässler visited the DTM at the Norisring. There, the Swiss drove the Audi RS 5 DTM race taxi and presented a trophy at the Audi Sport TT Cup podium ceremony. Like the audience in Goodwood, the German fans also had the opportunity to marvel at an Audi R18 e-tron quattro that was on display at Audi’s booth in Nuremberg.