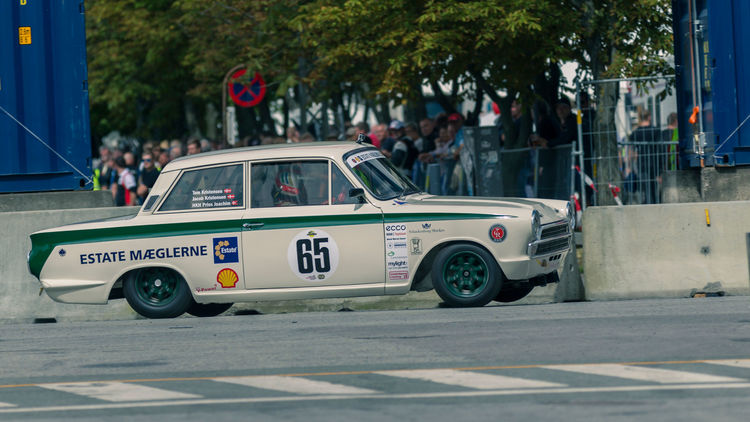 Danish motorsport fans were well catered for at the weekend. In the Copenhagen city center, teams and drivers turned out with historic racing cars. Among the crowd Le Mans legend Tom Kristensen and Audi LMP driver André Lotterer. Kristensen and his brother took second place in a Cortina race touring car from the 1960s. André Lotterer also enjoyed the occasion even though another competitor got in his way on the track. In the ‘Race for Riget’, Tom Kristensen posed as taxi driver in an Audi R8 and chauffeured guests around a course and, in doing so, gave his support to a cancer charity initiative.