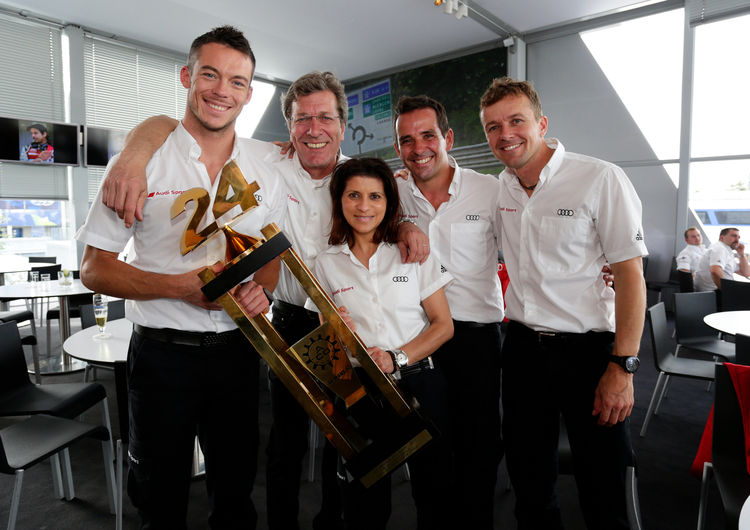 After the Le Mans 24 Hours, Audi Sport Team Joest said goodbye to their long-standing race engineer Leena Gade. The British engineer has guided Marcel Fässler, André Lotterer and Benoît Tréluyer three times to a Le Mans win, one world championship title and a total of ten race wins in the FIA World Endurance Championship WEC. She now switches to another brand within the Volkswagen Group. Ralf Jüttner, team director of Audi Sport Team Joest, thanked her with an extraordinary present: Leena Gade received the team’s 2011 Le Mans winner’s trophy. This was the first year that she won the endurance race for Audi with her driver combination. That race was exceptional as the winning margin of the only finishing Audi was a mere 13.854 seconds.