​Ekström wins again in World Rallycross Championship round in Sweden 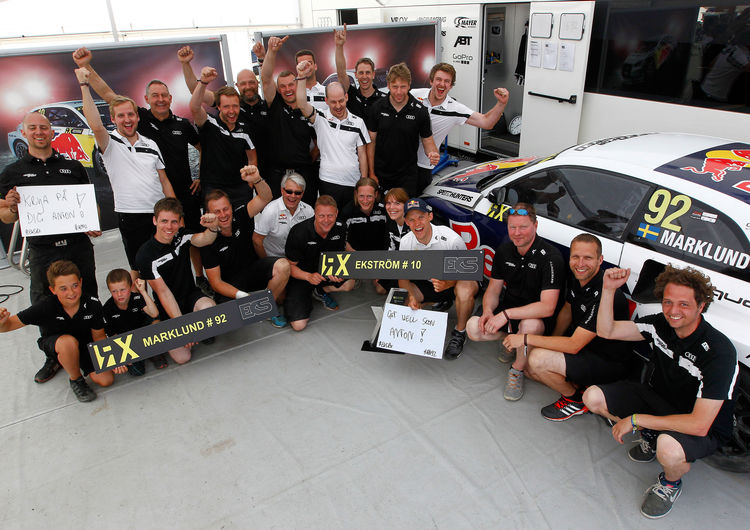 Mattias Ekström repeated his last year’s victory in the FIA World Rallycross Championship in Sweden. At the sixth round of the season, Ekström in his Audi S1 EKS RX quattro initially finished behind compatriot Timmy Hansen in the final for the best six drivers. However, the stewards corrected the result after winners’ ceremony. In the view of the officials, Hansen had left the track in his overtaking attempt in the last corner. This is the second victory in a World Championship round for Ekström and his private Rallycross team EKS.