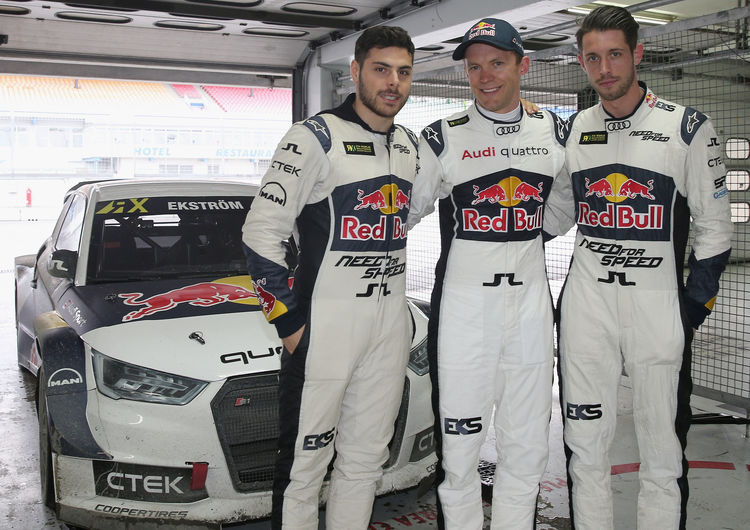 Kevin Volland (D), Mattias Ekström (S), Mark Uth (D)
Mattias Ekström treated Kevin Volland to a highlight at the Hockenheimring. Immediately following the German national soccer player’s sixth stint in an international fixture, the test match against Italy, the striker from TSG Hoffenheim got into the passenger’s seat of Ekström’s Audi S1 EKS RX quattro. In the race car of his privateer rallycross team EKS, the Swede did a few laps with Volland and his Hoffenheim teammate Mark Uth during tests. Both soccer players were visibly thrilled with the 560-hp four-wheel drive vehicle.
Facebook
Twitter
LinkedIn
WhatsApp
Back to top