Ekström as an instructor at Spielberg 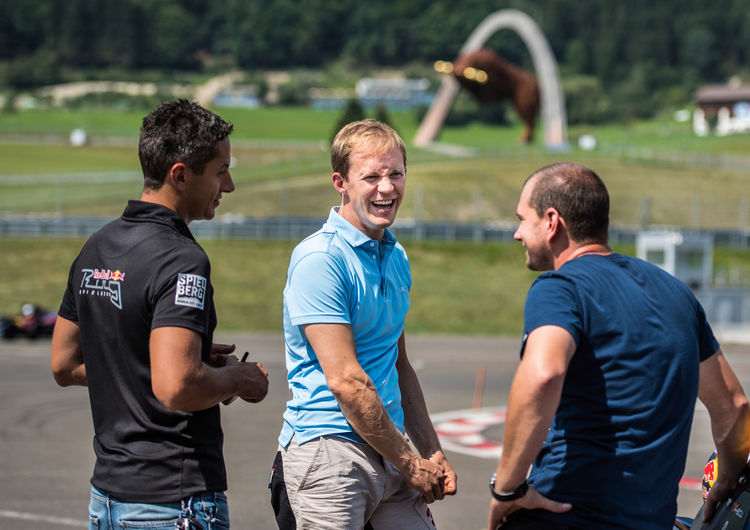 Mattias Ekström, Go with the Pro, Spielberg
Mattias Ekström has passed on his knowledge from over two decades in motorsport to hobby racers and motorsport enthusiasts. About two weeks following his victory in the DTM race at the Red Bull Ring, the Swede returned to Spielberg and served as an instructor at the ‘Go with the Pro’ Red Bull event for two days. The training was centered on the interaction of braking, cornering and focusing on field-of-vision techniques. The participants practiced in various vehicles, including karts, formula and sports cars. In addition to the driver training at the Driving Center and on the race track, they had the opportunity to elicit a few tips and tricks from the two-time DTM Champion at a gala dinner.
Facebook
Twitter
LinkedIn
WhatsApp
Back to top