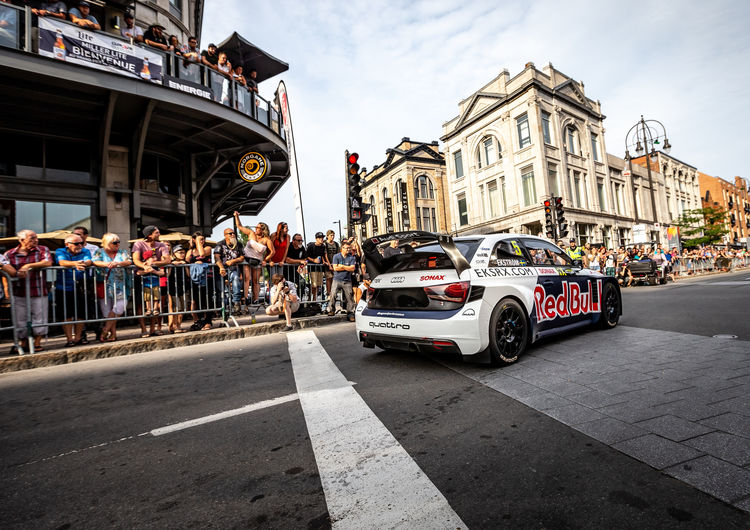 The attention of rallycross fans is focused on North America this weekend, as the FIA World Rallycross Championship (World RX) is holding its first overseas event of the year at Trois-Rivières, Canada, where an action-packed program is awaiting the EKS Audi Sport team. Following a film shoot (to be watched on Facebook at http://bit.ly/2Kt6z9z ) and a parade in the center of Canada’s oldest industrial city on Friday, racing activities will kick off on Saturday at 9.15 AM with free practice, followed by the first qualifying heats beginning at 1.45 PM. Highlights of the weekend will be the semi-finals and the final on Sunday starting at 3 PM (local time). For the first time, SPORT1 will broadcast live from Canada beginning at 8.45 PM on Sunday. The sports channel’s online coverage will start with live streaming at 8 PM on sport1.de.