DTM trophies for Green and Ekström 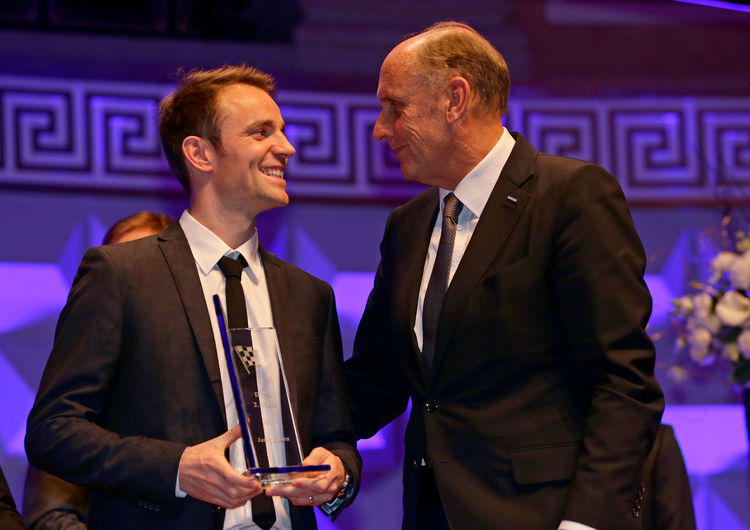 With ten victories scored in 18 races, the Audi RS 5 DTM was the most successful car in the 2015 DTM season. The two best-placed Audi drivers – Jamie Green and Mattias Ekström – accepted their trophies for positions two and three in the drivers’ standings at the DMSB Gala of Champions at the Wiesbaden ‘Kurhaus’ on Thursday night. They were presented by DMSB President Hans-Joachim Stuck, who became DTM Champion in an Audi V8 quattro in 1990 and tested the Audi RS 5 DTM at Oschersleben last season.