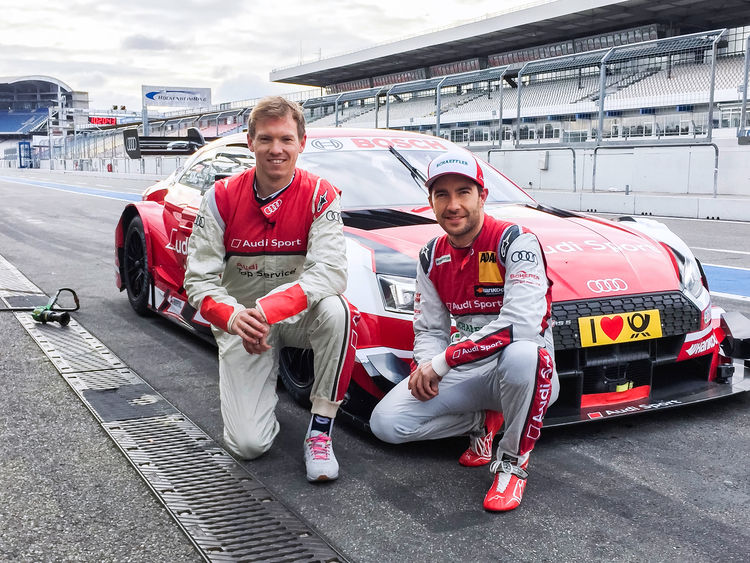 Bundesliga coach Julian Nagelsmann experienced a few fast laps as a passenger in the Audi RS 5 DTM race taxi. On the occasion of a media production, TSG 1899 Hoffenheim’s head coach got into the seat next to seasoned Audi race driver Mike Rockenfeller. The former DTM Champion initially provided exclusive insights into the technology of the near-500-hp touring car powered by a naturally aspirated V8 engine and the trackside procedures. Subsequently, Rockenfeller chauffeured the multiple-award-winning soccer instructor at racing speed across the 4.574-kilometer Grand Prix circuit. “Julian (Nagelsmann) is a very nice guy and it was a lot of fun. It also gave me the chance to say goodbye to the old Audi RS 5 DTM before we come back here with the two-liter four-cylinder turbo engines next year,” says Rockenfeller. A compilation of footage shot of Nagelmann’s visit with Audi at the Hockenheimring can be watched on the show “SPIELFELD – das TSG.TV-Magazin” starting next week.