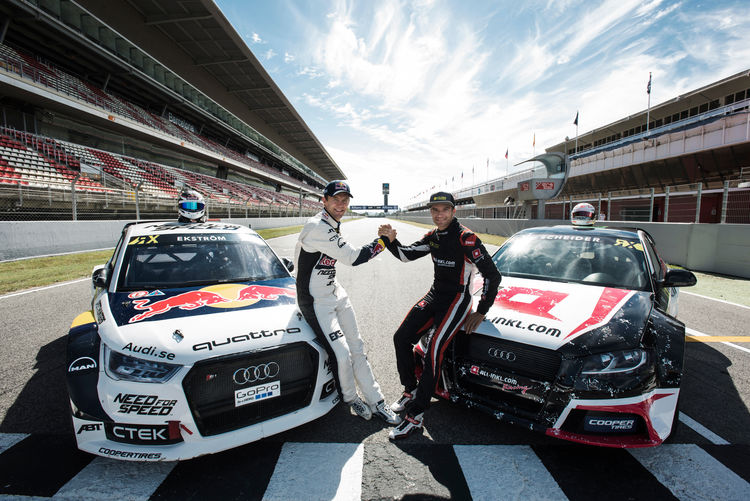 The two Audi DTM drivers Mattias Ekström and Timo Scheider competed in the FIA World Rallycross Championship at Barcelona this weekend. At the Circuit de Barcelona-Catalunya, Ekström with his privateer team EKS qualified for the semi-final but in fifth place missed the final race. On making his debut in a rallycross supercar, Scheider immediately competed among the world’s top contenders and in 16th place even scored a Championship point. The 36-year-old drove an Audi S3 RX quattro of Team ALL-INKL.COM Münnich Motorsport and drew a positive conclusion: “This is a mega car that’s incredible fun. I’d like to thank everyone involved for this special experience.”