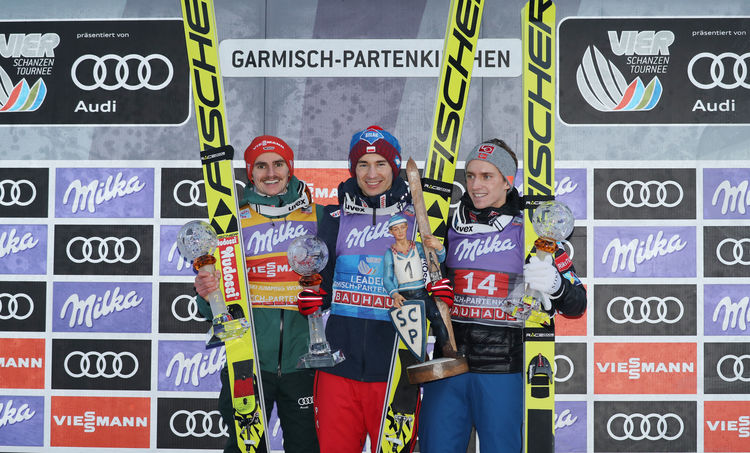 The ski jumpers from the German Ski Association (DSV) have been able to continue their good form at the beginning of the new season at the Four Hills Tournament, following their strong performances at previous World Cup events. The hopes of the German team rest mainly on the World Cup leader Richard Freitag: The 26-year-old, who finished runner-up to defending champion Kamil Stoch from Poland during the opener in Oberstdorf, also secured second place on the Olympic ski jump in Garmisch-Partenkirchen, again finishing behind winner Stoch and ahead of Norwegian Anders Fannemel. Karl Geiger (seventh) and Stephan Leyhe (tenth) also achieved results within the top ten. Approximately 21,000 spectators attended the skijumping spectacle on the Gudiberg. The presence of Audi at the event included the highlight of having the Audi Elaine concept car on display. The design and engineering study, the Audi e-tron Sportback concept, will also be on display during the finale of the Four Hills Tournament in Bischofshofen (Austria), January 6th.

More photos from the Four Hills Tournament can be found here.