Skip to content
We are using cookies for a better user experience.
03/15/21
Neuburg a. d. Donau
Sport 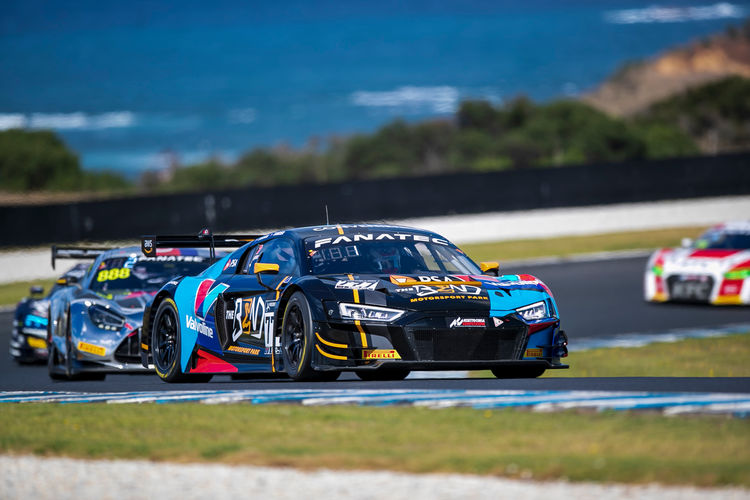 Audi Sport’s customer teams celebrated no less than five victories and a total of ten podium places with two different models at the race weekend at Phillip Island. At the opening round of the new Fanatec GT World Challenge Australia, The Bend Motorsport Park team remained unbeaten. Yasser Shahin and Garth Tander won the first race by 14.8 seconds, with third place going to Bostik Racing’s Tony Bates/Chaz Mostert. Both teams relied on the Audi R8 LMS. In the second race, Shahin/Tander crossed the finish line in the south of Australia again as the winners with a lead of 3.3 seconds. The two Australians now lead the Pro-Am classification of the championship with 17 points. In the GT Trophy classification for older model years, Matt Stoupas in the Audi R8 LMS won the first race ahead of fellow Audi driver Brad Schumacher. The following day, Stoupas finished second in the second competition and leads the Trophy standings by three points. TCR Australia also made a guest appearance at Phillip Island, but already held its second of six rounds there. Chaz Mostert, who had finished third and second in the season opener in January, now clinched his first two wins of the season. He prevailed in the first race in the Audi RS 3 LMS with a 32.3 second advantage over fellow Audi driver Luke King. In the second 15-lap sprint, the order of finish was the same but the gap was only 0.97 seconds. After the first third of the season, Mostert leads the championship by 15 points ahead of King. With 20 contenders, TCR Australia is one of the best national TCR racing series worldwide.