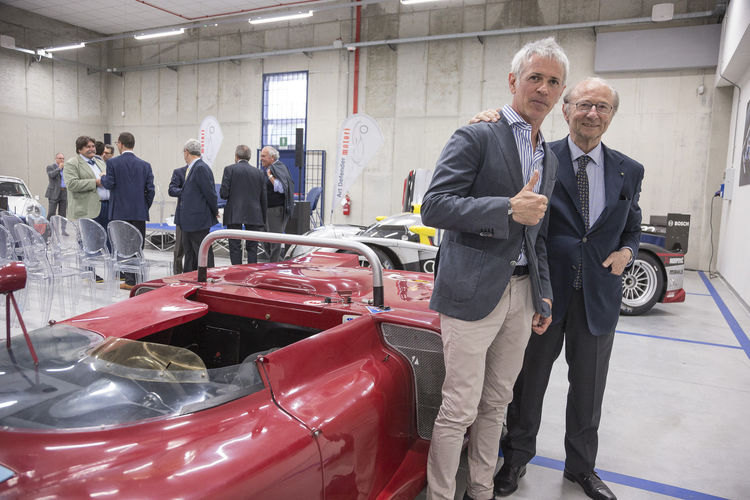 The triple Le Mans winner and current Audi dealer Dindo Capello was a popular guest in May. Only last week he participated in two events. On Thursday, he was in Asti to visit a tribute for the motorsport physician Dr. Claudio Costa. The physician has redefined treatment standards in motorbike racing with his ‘Clinica mobile’. Former Motorbike World Champion Loris Capirossi and Motorbike Grand Prix winner Virginio Ferrari also enjoyed the evening with Dr. Costa. In Bologna, Capello displayed an Audi R18 TDI at an insurer’s event where he met former Joest driver Mario Casoni. As former professional racing driver for Audi, Capello won the Sebring 12 Hour race with this Audi R18 TDI LMP racecar in 2012.