Skip to content
We are using cookies for a better user experience.
06/21/18
Neuburg a. d. Donau/Kiel
Sports

Daniel Abt sails in the Audi e-tron Cup 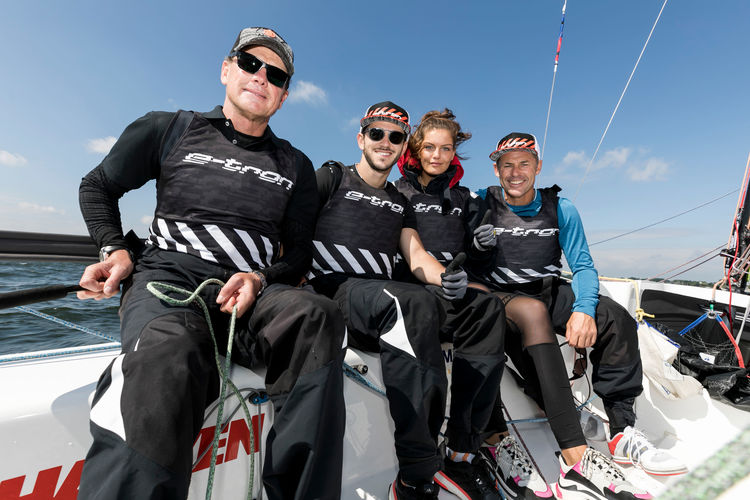 Premiere for Daniel Abt: The Formula E driver visited the Kieler Woche for the first time and there he made his debut in the Audi e-tron Cup. Among others in his team, he was joined on the seven-meter-long J/70 sailboat by Le Mans record winner Tom Kristensen, competing against other athletes, presenters or models. More important than the third place in the regatta of the Kieler Woche, was the fun. Daniel Abt: “I doubt that I will become a great sailor, but I really enjoyed this experience in a world that is completely new to me. But I am definitely more comfortable with four tires on tarmac...” Already in three weeks’ time, things for the Audi factory driver will again be getting serious: With his Audi Sport ABT Schaeffler team, he will be taking part in the Formula E season finale in New York.