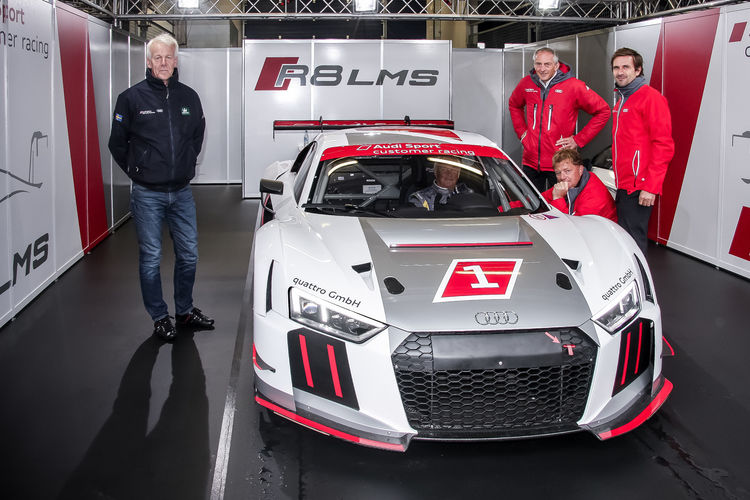 Jan Brunstedt, Romolo Liebchen, Jürgen Zürn, Markus Winkelhock
Audi provided its customers an opportunity at the Nürburgring on September 15 and 16 to drive the new R8 LMS themselves for the first time. About 60 drivers and team bosses used it to get to know the GT3 race car. “The fact that in addition to existing customers many potential new customers that have so far been driving other brands accepted our invitation was particularly positive,” said Romolo Liebchen, Head of Audi Sport customer racing. Marc Basseng and Markus Winkelhock assisted the customers during the test on the tradition-steeped circuit in the Eifel. Sales of the new model have been launched and production of the race car at quattro GmbH, a subsidiary of AUDI AG, will start before the end of September as well.
Facebook
Twitter
LinkedIn
WhatsApp
Back to top