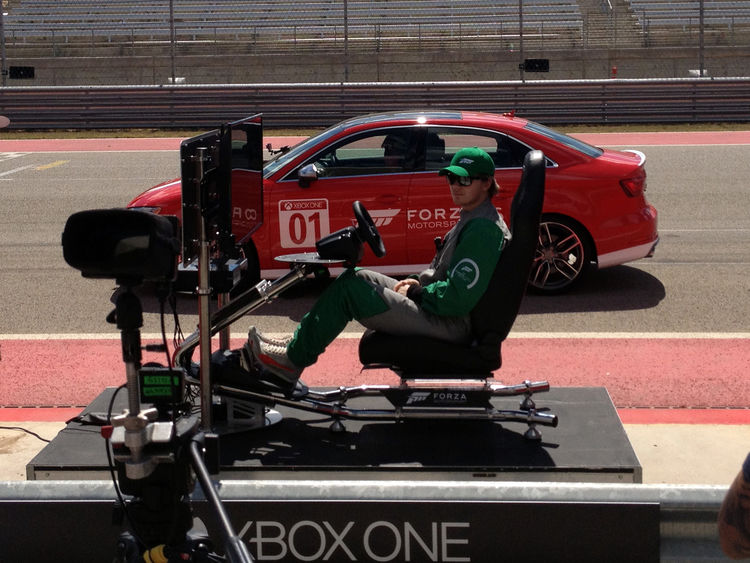 Benoît Tréluyer, Evan Thorogood, Forza Motorsport 6 competition
Audi driver Benoît Tréluyer took part in an experiment at the race track in Austin: who laps the Circuit of the Americas faster – a computer gamer on the screen or a race driver on the real track? Provider Xbox One identified the best gamers from France, Germany, Great Britain, the United States and Canada, and invited them to Austin. Evan Thorogood beat the other competitors in the computer game Forza Motorsport 6 before subsequently competing against Benoît Tréluyer. While the 22-year old Canadian from Alberta sat on the virtual track starting line in the simulator, Benoît Tréluyer lapped the track in the Audi S3 Sedan: http://bit.ly/1P0141W
Facebook
Twitter
LinkedIn
WhatsApp
Back to top