Biela/Molina on the podium again 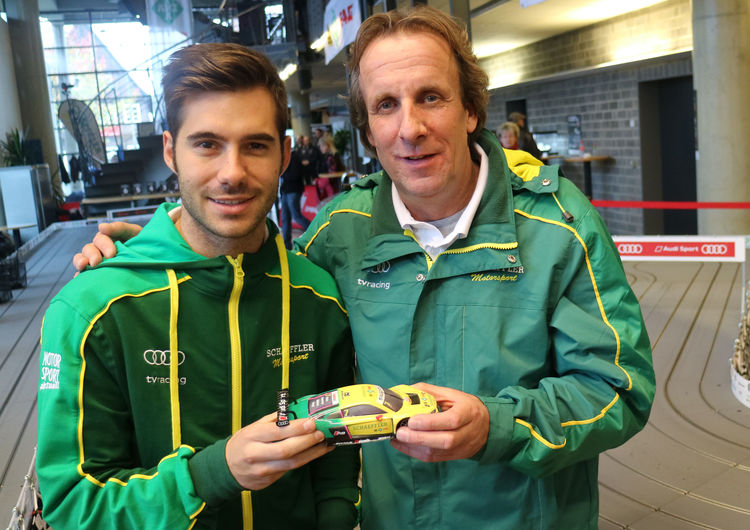 For the second time in succession, Frank Biela and Miguel Molina took second place with a 1:24 scale Audi R8 LMS in the 24 Hours of Hamburg for slotcars. It was the seventh consecutive podium finish for Biela in the traditional season highlight of the RCCO race series. After 5,248 laps, the two Audi drivers were only five laps behind the victorious McLaren-team mag channel racers. The Audi team took the lead during the night and held first place for a long time. Ralf Jüttner, Team Boss for Audi Sport Team Joest in the WEC, finished on podium in third place.