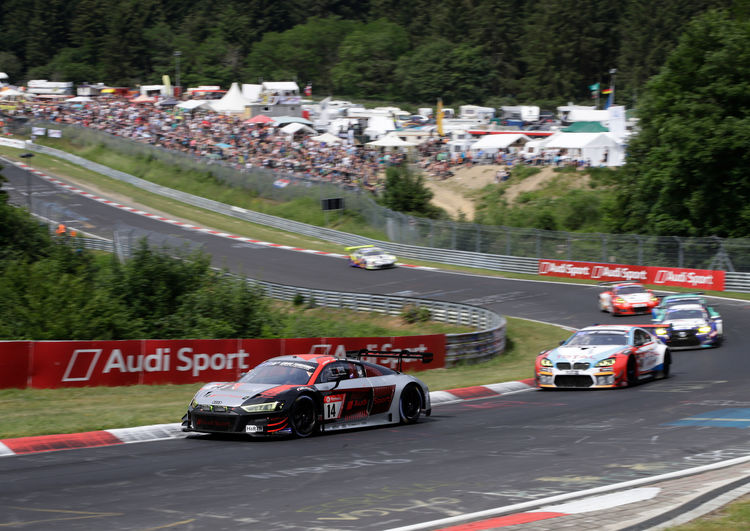 After the first four hours of the Nürburgring 24 Hours the best-placed Audi was in third position. Due to a clever pit strategy Audi Sport Team Car Collection improved from 29th position on the grid. Behind the wheel of the number 14 Audi R8 LMS at the 4-hour-mark was René Rast, who took over from starting driver Marcel Fässler. In position nine was Frédéric Vervisch from Audi Sport Team Phoenix, Vincent Kolb in the private racing car of the team from Meuspath was eleventh. 13th position was held by Christopher Haase from Audi Sport Team Land. The private Audi R8 LMS of Car Collection was in position 35 after four hours of racing without any issues. Class SP3T saw the Audi RS 3 LMS of Bonk Moorsport in second position.