BBQ under the banner of the bull 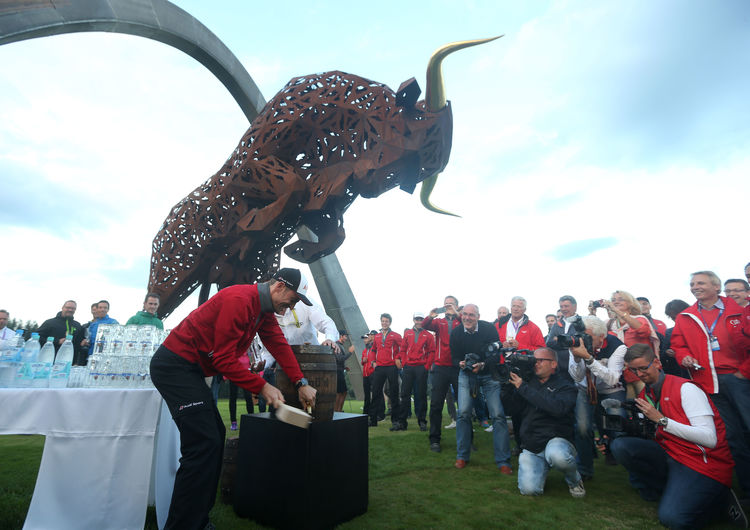 It has become somewhat of a tradition: On the occasion of the DTM race at the Red Bull Ring, Audi again invited guests to a BBQ under the race track’s landmark, the huge steel bull. Some 100 guests followed the call of the four rings, including all eight Audi DTM drivers, the ski stars Felix Neureuther and Aksel Lund Svindal, the management of the Red Bull Ring and numerous members of the media. DTM driver Jamie Green performed the ceremonial tapping of the beer keg.