Audi within striking distance of the top after 20 hours 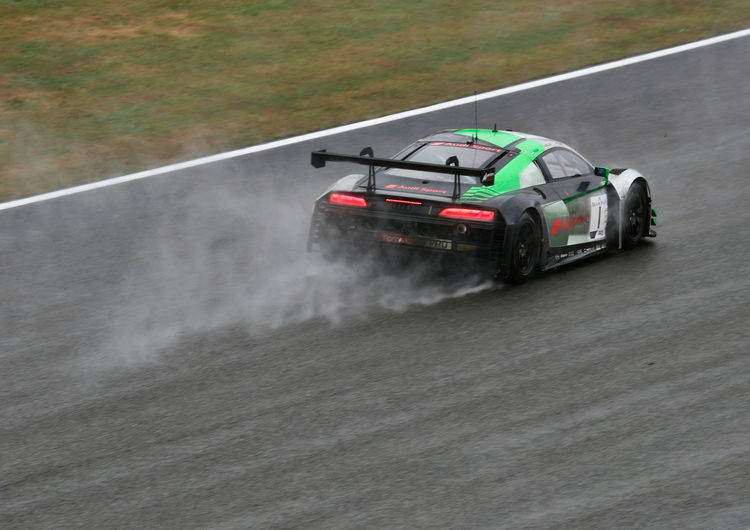 After a break of 5 hours and 45 minutes due to heavy rains, the 71st edition of the Spa 24 Hours was restarted behind the safety car at 11:30 am local time. Four hours before the end of the race, Audi had a promising position in the record field of 72 GT sports cars. The best-placed Audi driver was René Rast in the no. 1 car from Audi Sport Team WRT in third place. In eighth position was Belgian Frédéric Vervisch with the no. 25 entry from Audi Sport Team Saintéloc. The third Audi R8 LMS in the top ten was the no. 10 from Belgian Audi Club Team WRT with Rik Breukers behind the wheel. The no. 129 entry from Montaplast by Land-Motorsport was in 30th place and the no. 66 (Attempto Racing) in 31st after 20 hours. Nine of the eleven Audi R8 LMS cars are still running in the race.