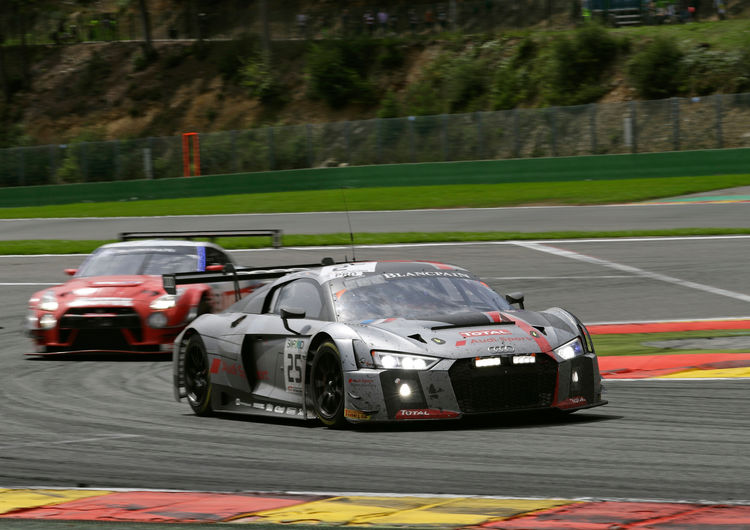 Two months after its victory in the iconic endurance race at the Nürburgring, an Audi R8 LMS has won the 24-hour race at Spa as well, and Markus Winkelhock was involved in the success once again. This time, the former Formula 1 driver shared the cockpit in a car of Audi Sport Team Saintéloc with Jules Gounon and Christopher Haase, marking the biggest success in the French team’s history to date. A look at the overall classification also shows how strong the Audi R8 LMS was in the race that remained a thriller up until the end, with five Audi cars having finished in the top eleven positions. Audi Sport Team WRT with Christopher Mies/Connor De Phillippi/Frédéric Vervisch and Antonio García/Nico Müller/René Rast took positions five and sixth. Audi Sport Team I.S.R. with Pierre Kaffer/Kelvin van der Linde/Frank Stippler came in on position nine. A strong comeback drive was shown by Marcel Fässler/André Lotterer/Dries Vanthoor who due to a brake repair had dropped all the way to position 45 and ultimately took eleventh place. In a privately fielded second Audi of the winning team, Fred Bouvy/Christian Kelders/Marc Rostan in 27th place overall clinched position four in the amateur classification.