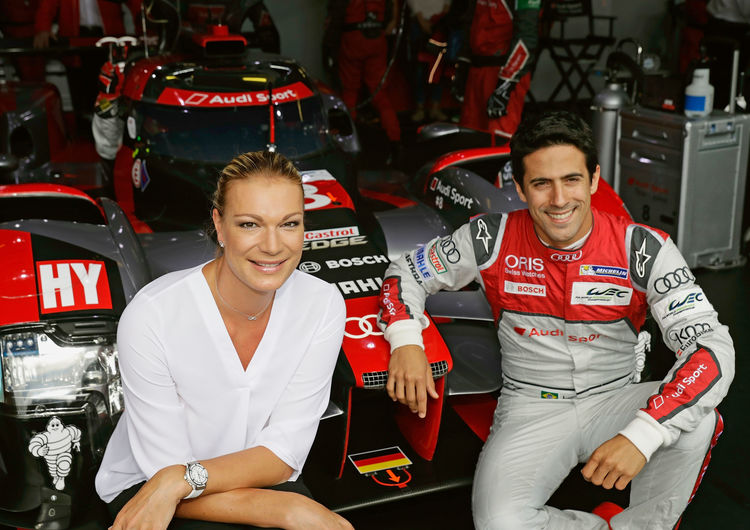 Two successful stars in German sport followed the home round of Audi at the Nürburgring. The former ski star Maria Höfl-Riesch and the erstwhile swimmer Michael Groß both attended the FIA WEC event as guests of Audi. During the VIP hot laps, the three-time Olympic gold medalist Höfl-Riesch experienced corner speeds at the limit in an Audi RS 7 of which she was behind the wheel. She also had a look behind the scenes of the Audi WEC team with Allan McNish. The winner of 21 titles, Michael Groß, also supported Audi and visited the team in the pit garage at the Nürburgring.