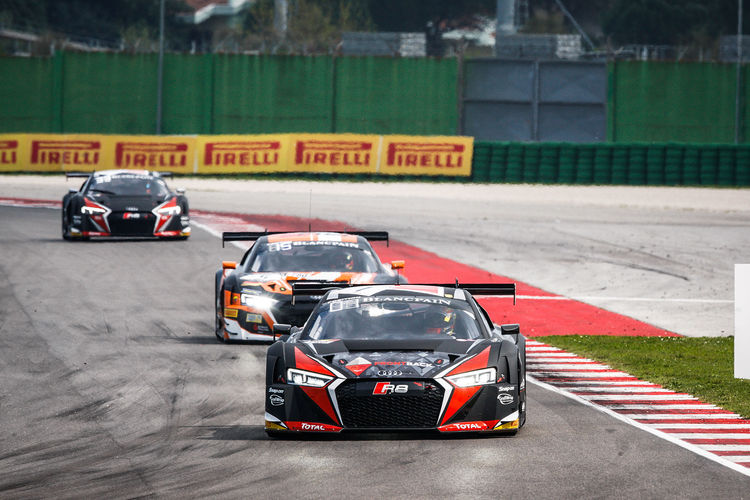 The Belgian Audi Club Team WRT makes a successful start in the first Blancpain GT Series Sprint Cup race weekend at Misano. Frédéric Vervisch and Laurens Vanthoor won the main race held under clear blue skies on Sunday afternoon. Starting from third on the grid, Verwisch drove the opening stint in the Audi R8 LMS with start number one around the 4.226-kilometer long track close to Rimini. After a thrilling battle for position, the WRT driver took the lead for the first time on lap eleven. Finish driver Vanthoor, who took over driving duties halfway through the race, crossed the finish line as winner after a flawless performance. The Belgian duo heads the standings in the drivers’ classification before the second race weekend at Brands Hatch at the beginning of May.
Young driver Nicolaj Møller Madsen also had reason to cheer. The former Audi Sport TT Cup driver and current Phoenix Racing driver was best in the Silver Cup together with Markus Pommer at the end of the 60-minute sprint race.