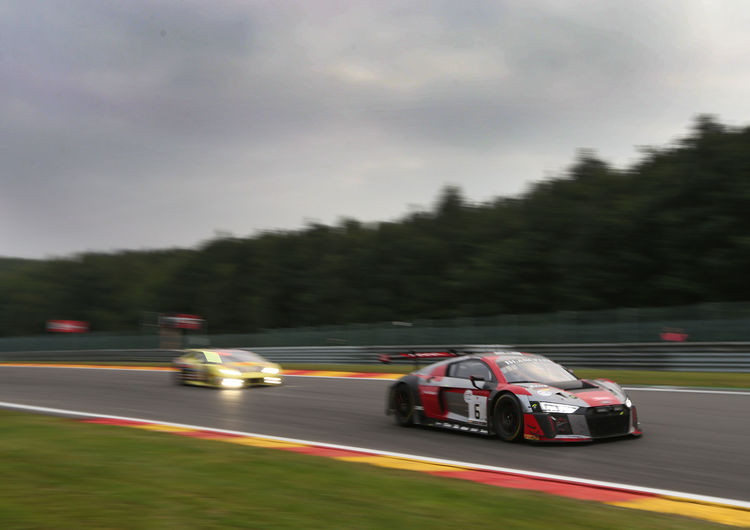 The 2016 24 Hours of Spa has seen one of the best battles for the lead for many years. At least four brands in the first five spots are still in a position to win the race – among them Audi in third place.

As it was the case halfway through the race, Audi Sport Team Phoenix is the Audi squad with the best chance. Depending on the pit stop sequence, the outfit battles for positions in the leading trio with Christopher Mies/Frank Stippler/Markus Winkelhock. The second best outfit with the four rings is Audi Sport Team WRT after an amazing recovery. Nico Müller/René Rast/Laurens Vanthoor climbed up the leaderboard from a position outside the top 40 to fourth position overall, thereby unlapping themselves twice.

Team Saintéloc Racing is the third customer of Audi that has made it into the top ten. Christopher Haase/Gregory Guilvert/Mike Parisy are ninth in the Audi R8 LMS for the French outfit.

Another battle for honours rages in the Pro-Am class. Having led this category after 12 hours, I.S.R. Racing dropped to second position with the Audi R8 LMS driven by Philippe Giauque/Henry Hassid/Nicolas Lapierre/Franck Perera.