Skip to content
We are using cookies for a better user experience.
07/27/18
Spa/Neuburg a. d. Donau
Sports 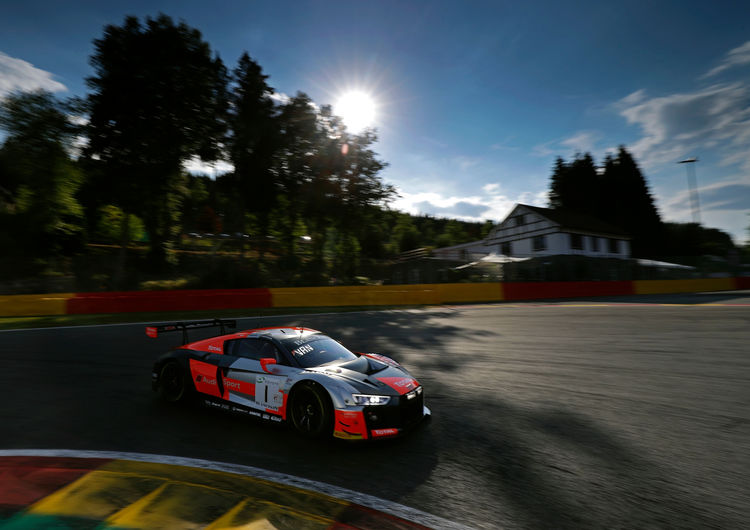 Dries Vanthoor clinched pole position for the 70th edition of the Spa 24 Hours. On Friday evening, the 20-year-old Belgian, behind the wheel of the no. 1 Audi R8 LMS, was the fastest driver in super pole for his home event. Nico Müller set the third-best time with the no. 2 entry on the Grand Prix circuit in the Ardennes. A total of eight different manufacturers are represented within the first eleven positions. The third-fastest Audi at Spa was the no. 29 Audi R8 LMS: Kelvin van der Linde achieved fifth position for Montaplast by Land-Motorsport. The fourth Audi R8 LMS among the top ten drivers was driven by last year’s race winner, Markus Winkelhock. He clinched seventh position for Audi Sport Team Saintéloc. Thirteenth position for Daniel Serra from Belgian Audi Club Team WRT, sixteenth for Jamie Green from Attempto Racing and two more Audi drivers within the first ten rows on the starting grid. “That was a very exciting super pole with many brands at the front of the field,” says Chris Reinke, Head of Audi Sport customer racing. “Congratulations to Dries Vanthoor, who set the fastest time, exactly two years after his brother Laurens took pole in 2016.” The 24-hour race, which also counts towards the Blancpain GT Series Endurance Cup and also the Intercontinental GT Challenge, will begin at 16:30 CEST on Saturday. Audi drivers are leading the standings in both series.