Skip to content
We are using cookies for a better user experience.
03/26/19
Neustadt a. d. Weinstraße (D)
Sports 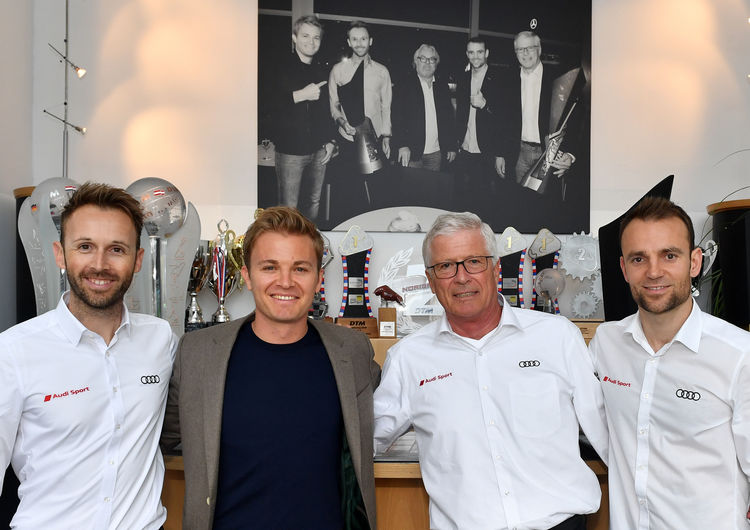 Audi Sport Team Rosberg gave journalists an exclusive opportunity to take a peek behind the scenes of its base in Neustadt an der Weinstraße at a “Meet the Team” event. Arno Zensen, Jamie Green, René Rast and Nico Rosberg answered questions in interviews with international media representatives and unanimously stated the DTM drivers’ title as the goal for the 2019 season. “In the past four years, we were always represented in the title race with at least one driver and stood on the top of the podium in 2017 – we will give our all to achieve this again,” said Team Director Arno Zensen. In the future, Former Formula One World Champion Nico Rosberg will support the team more intensively based on the experience from his successful racing career. Like his father, team founder Keke Rosberg, the 33-year-old will also be visiting the DTM squad at the race track at selected events. To get them in the mood for the new season, the guests had the opportunity of a test drive. In the team’s own race simulator, the journalists raced against the clock at the wheel of the new Audi RS 5 DTM.