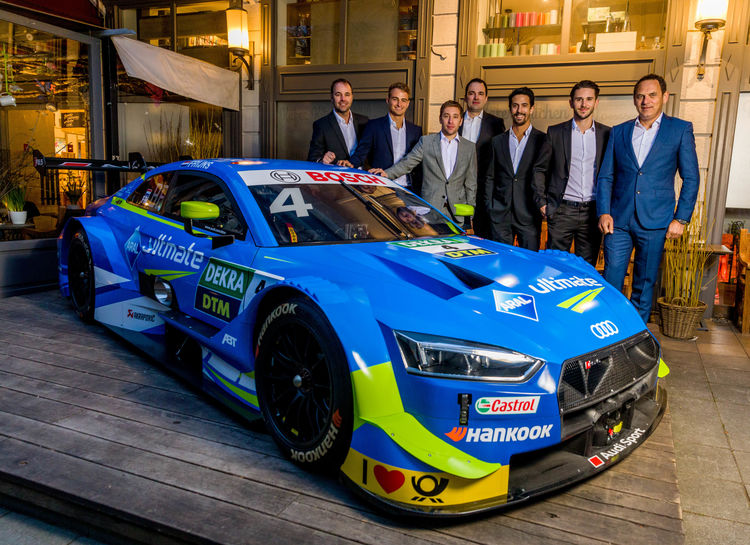 A strong statement at the “Meet the Team” event at restaurant “Käfer-Schänke” in Munich: “In Nico (Müller) and Robin (Frijns) we have two drivers with whom we’re not only able to win races but also battle for championship. The DTM title is our big aim,” said Thomas Biermaier, Sport Director at ABT Sportsline, on Thursday night to an audience of some 20 media representatives. “In the last few years, we often came close and repeatedly just barely missed clinching the title. I think that now it’s our turn again.”

With a track record of 55 victories and five driver titles, Audi Sport Team Abt Sportsline is the most successful Audi DTM team. In 2019, the squad headed by the company’s CEO, Hans-Jürgen Abt, and Sport Director Thomas Biermaier, is already tackling its 20th joint DTM season with Audi. At the same time, this marks a new beginning with Aston Martin joining the series, the new Class 1 race cars, the new two-liter four-cylinder turbo engines with more than 610 horsepower, and numerous changes in the Sporting Regulations. “This is a huge challenge for everyone,” Biermaier said. “All of us together have to prove to the fans that the DTM is a really cool product. I look forward to that. We’re going to leave no stone unturned to make sure that we’ll be able to deliver truly fantastic motorsport to the fans.”

At the kick-off event in Munich, the new Audi RS 5 DTM in its final specification made its first appearance as well. The race car shown was the one to be driven by Robin Frijns sporting the colors of Aral Ultimate. “A fantastic car that looks aggressive and will hopefully be just as fast. But we’re only going to know that in the first race.”

Other popular interview partners at the “Meet the Team” event in Munich were the two Audi Formula E drivers, Daniel Abt and Lucas di Grassi. For the Audi Sport ABT Schaeffler team, the European Formula E season will start next week in Italy. Immediately following the E-Prix in Rome, the official pre-season DTM tests will be held at the Lausitzring. The new DTM season will start at the Hockenheimring on May 4/5.