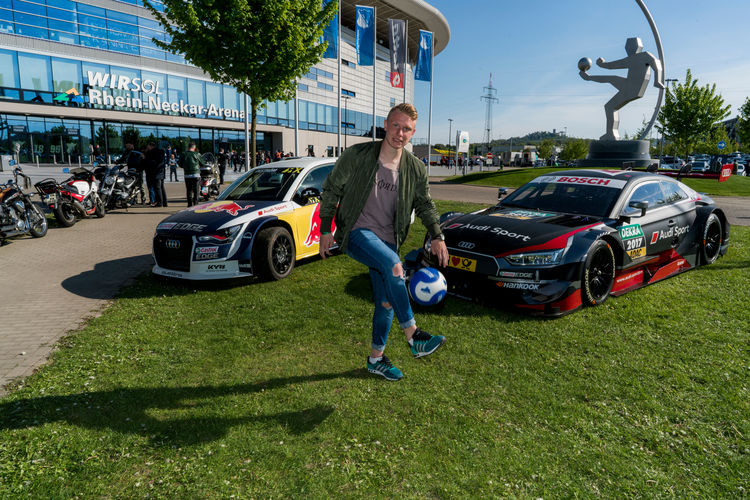 When Audi Sport visited TSG 1899 Hoffenheim, it brought some good luck for the club’s Bundesliga home match. With a last-minute goal, Hoffenheim secured a 1:0 victory and three important points to secure a spot in the UEFA Champions League next season. During the run-up to the match, the Audi RS 5 DTM and the Audi S1 EKS RX quattro were exhibited at the Wirsol Rhein-Neckar-Arena in order to promote next week’s DTM season opener to the 30,000 spectators. The first two DTM races of the 2017 season will be held at the Hockenheimring from May 5 to 7. In addition, the third round of the FIA World Rallycross Championship will also be held at the “Motorsport Festival.” Audi driver Mattias Ekström will be competing in both the DTM and the World Rallycross Championship at this event.