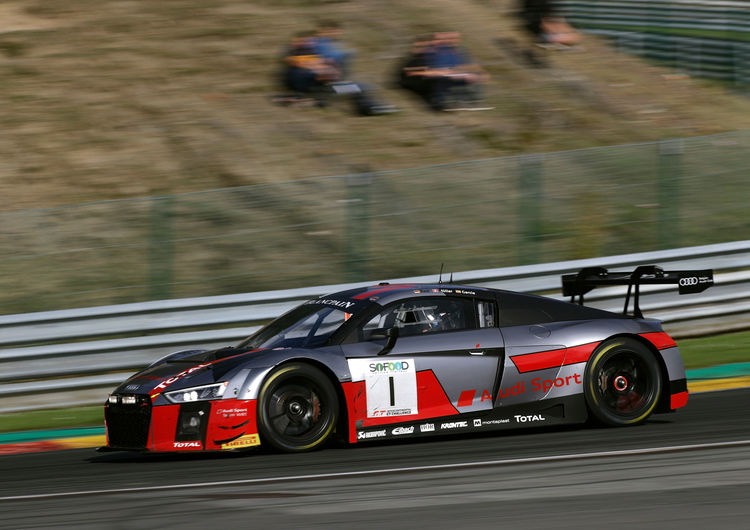 Audi is one of the leading contenders in the Spa 24 Hours. After four of 24 hours of racing, Audi Sport Team WRT holds second place with Nico Müller in the number 1 Audi R8 LMS. Frédéric Vervisch in the number 2 sister car is fifth, followed by Markus Winkelhock in the Audi Sport Team Saintéloc car. Pierre Kaffer from Audi Sport Team I.S.R. rounds off the top ten. Six brands are represented in this top group. Up until the fourth hour of racing, Dries Vanthoor in the number 5 car from Audi Sport Team WRT was also part of this group. But a damaged rear left brake pad forced the Belgian driver to do an unscheduled pit stop, he dropped down the order to 45th position. Jamie Green has retired from the race. His number 17 Audi was damaged when he tried to overtake, hit the grass and touched the barriers. Second in the Am class and 42nd overall is Fred Bouvy in an Audi R8 LMS from Saintéloc Racing.