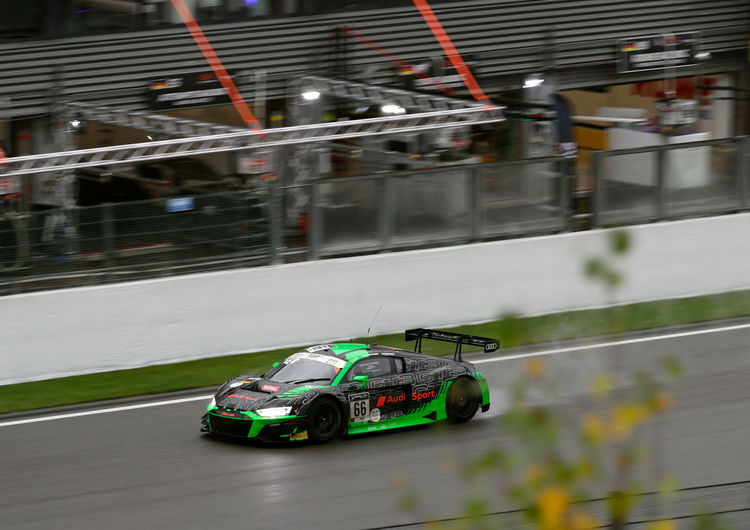 In the final phase of the Spa 24 Hours, a tough battle for victory took place in difficult conditions. In rain and poor visibility, two teams from Audi Sport customer racing held the lead for a long time. The lead changed several times between the two Audi R8 LMS entries. Due to several safety car phases, the field repeatedly moved closer together. Eight racing cars from four manufacturers were within one lap of each other with 40 minutes remaining in the race.

Belgian Audi Club Team WRT with Rik Breukers, Benjamin Goethe and Stuart Hall dropped out after 21 hours when Benjamin Goethe had slipped into the tire barriers. Until then, the #33 Audi R8 LMS had occupied fourth place in the Silver Cup.