Skip to content
We are using cookies for a better user experience.
03/22/21
Neuburg a. d. Donau
Sport 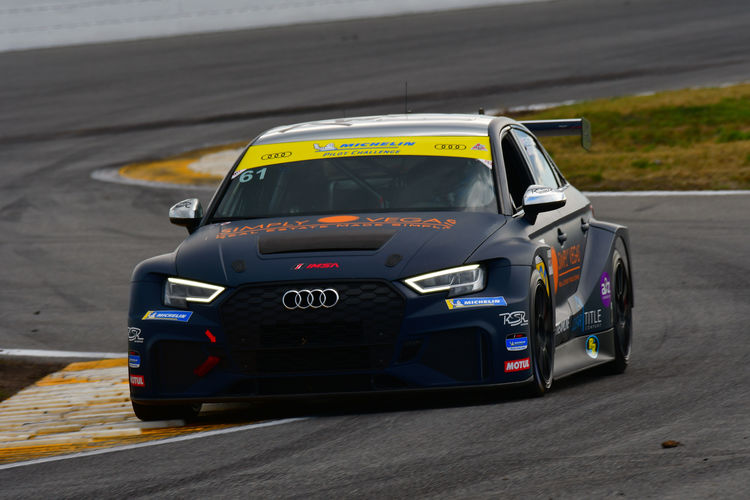 At the second round of the IMSA Michelin Pilot Challenge, the Audi customer teams in North America continued this year’s winning streak with the RS 3 LMS. After the Unitronic JDC-Miller MotorSports team won the season opener at Daytona in January, the second race at Sebring went to the Road Shagger Racing squad. On the circuit in Florida, Gavin Ernstone/Jon Morley prevailed in a tough race against 14 pursuers. After a safety car period at the halfway point of the two-hour race, Morley chased down the competition ahead of him from fourth position. In the final phase, the leading American fought a fierce duel with a Honda within tenths of a second of him. In the end, the Audi privateer and his teammate won by 2.3 seconds. Audi leads the manufacturers standings after two of ten races with a 60-point advantage over Honda. The best Audi driver team in the standings is Chris Miller/Mikey Taylor in fourth place ahead of Gavin Ernstone/Jon Morley.