Skip to content
We are using cookies for a better user experience.
01/02/19
Neuburg a. d. Donau
Sports

Audi RS 3 LMS is the “TCR Model of the Year” 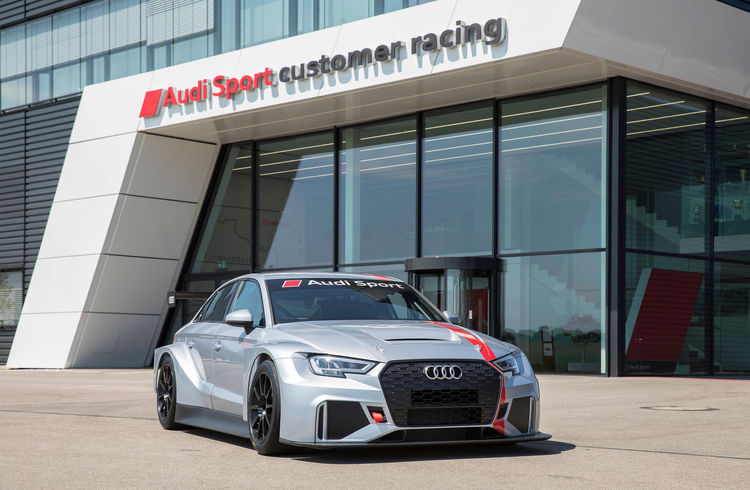 In its second full season of competition, the Audi RS 3 LMS ended 2018 by becoming the “TCR Model of the Year 2018” – adding another highlight to the tenth anniversary of Audi Sport customer racing. The title, which is awarded by TCR organizers WSC (World Sporting Consulting), is based on points allocated according to results from all of the TCR-sanctioned racing series – wherein the RS 3 LMS carried Audi Sport customers to titles in North America, the Benelux region and Russia. “It’s a great honor for Audi Sport that the RS 3 LMS has won this prestigious worldwide classification out of the twelve manufacturers of TCR cars. What is of particular significance is that this award respects not only the sporting, but also the commercial success,” says Chris Reinke, Head of Audi Sport customer racing. “Beside the on-track success, Audi Sport sticks to the true spirit of customer racing and has already built more than 160 TCR cars being fielded by customers around the world. It’s a testament to the success of WSC’s worldwide TCR category, whose number of series is still growing.” The “TCR Model of the Year” title was secured following the last TCR event of the season. At the 2018 TCR China finale in Guangdong, the Champ X T.A. Motorsport team scored a podium finish in the last TCR-sanctioned race of the year.