Audi RS 3 LMS at Essen Motor Show and in Indianapolis 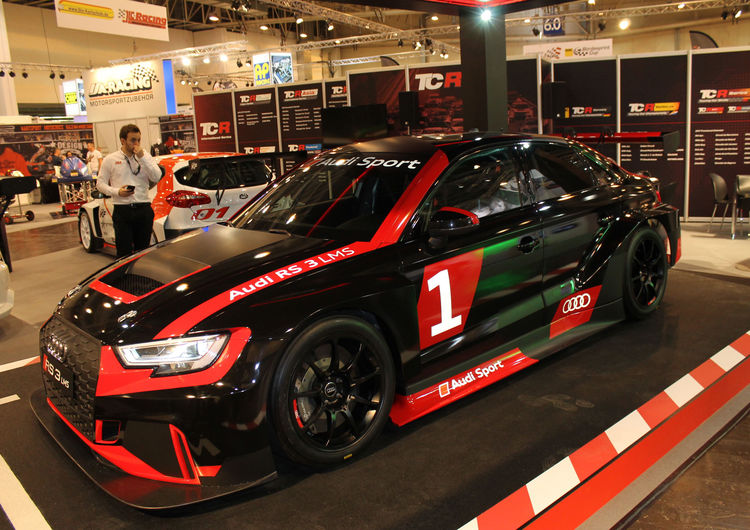 Trade show presence for the new Audi RS 3 LMS: The TCR touring car is being showcased at the Motor Show in Essen (Germany) from November 25 to December 4 at the booth of the TCR racing series in Hall 6 and will subsequently be displayed at the Performance Racing Industry Trade Show in Indianapolis (USA) from December 8 to 10. Also on display in Essen are the Audi RS 5 DTM with which Audi won 20 of 36 DTM races in the past two years, the Audi R8 LMS that was victorious in the ADAC GT Masters and the Audi S1 EKS RX quattro in which Mattias Ekström became World Rallycross Champion. DTM driver Mike Rockenfeller was guest at the stand of the “Tourenwaegn Classic”, GT driver Christopher Mies answered questions at ADAC Nordrhein. Dieter Gass, Head of DTM at Audi Sport, was presented with the Editorial Award of AUTO BILD MOTORSPORT during the 15th Race Night for winning the DTM manufacturers’ classification. Audi Sport Team Abt Sportsline as DTM Team Champions and the Audi RS 6 Avant Performance as the winner of an AUTO BILD SPORTSCARS readers’ choice award were recognized as well.