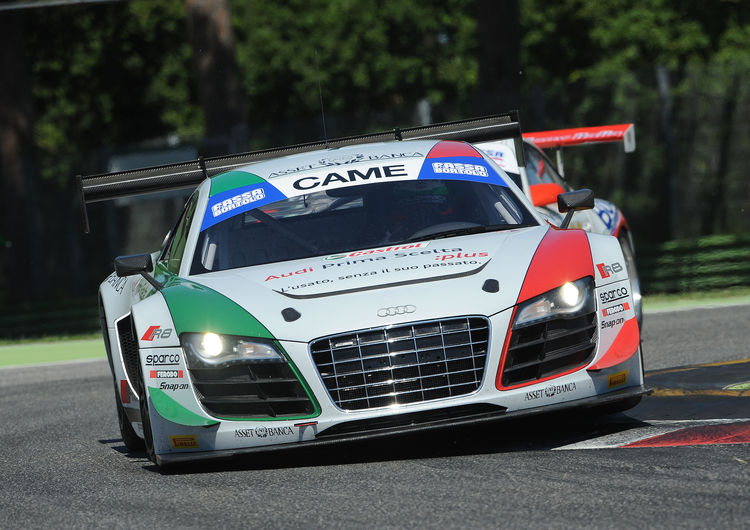 Audi Sport Team Italia celebrated its first two podium results of the season at the third Italian GT Championship race weekend at Imola: after starting from the third row, Dindo Capello and Emanuele Zonzini fought their way up to second place in the first race. Their team mates Andrea Amici and Marco Mapelli, who missed the first race due to a defect, also took a podium after finishing third in the second race.