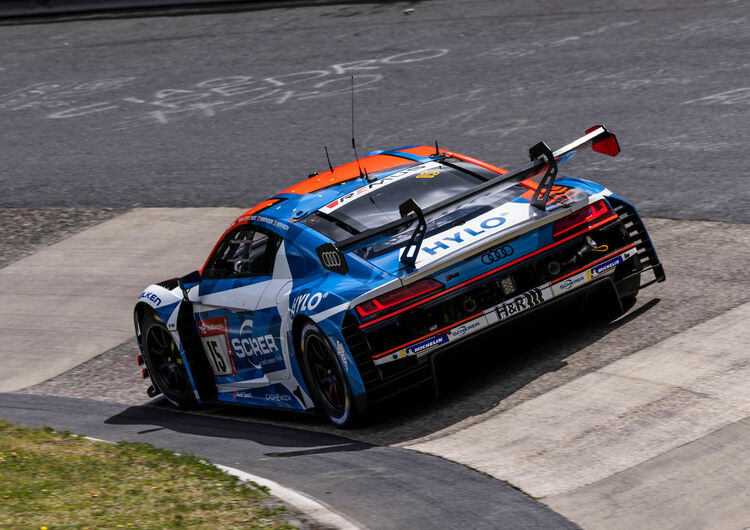 At the beginning of the final third of the race, the number 15 Audi R8 LMS with Kelvin van der Linde behind the wheel is in first place. The drivers at the front alternated the lead again and again in the early hours of the morning, while the onset of rain at some sections of the track added more excitement shortly before eight o’clock. With car numbers 22, 24 and 16, three more GT3 sports cars from the four rings are racing in the top 10.